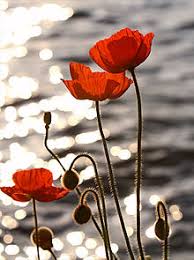 Some of you may remember seeing Mostar on the television, under siege in 1992 and 1993 during the civil war which ended with the break up of Yugoslavia. The ancient town in its beautiful setting was divided into three parts, with gunfire exchanged at practically point blank range across the streets. Most famously, the ancient bridge was destroyed by a lengthy bombardment, eventually collapsing hundreds of feet into the gorge below. The Old Town of Mostar, which centred in the bridge, was a pile of ruins. Some of the destruction wasn’t militarily important – it’s been described instead as “killing memory”, in which evidence of a shared cultural heritage and peaceful co-existence were deliberately destroyed.

This summer, along with thousands of other tourists, I visited Mostar, in what is now Bosnia Herzegovina. Now it is all restored –

and more than restored. Visiting Mostar is like visiting a brand new medieval town – except that there are some ruined shells of buildings outside the centre, reminders of the conflict. But in the Old Town, it is almost as if it had never been. The memories are hidden away, easy to ignore by the tourists flooding through the streets. Everyone who lives there knows what happened – but it feels as if it’s all a bit too painful to remember. Instead there’s the marvellous restoration, making it look as if the destruction had never been, and the focus on the good living to be made from tourism.

The civil war tried to destroy the memory of peace, and the restoration (it seemed to me) tried to wipe out the memory of war. The whole thing made me realise how important it is to remember – to remember the good as well as the bad, the violence of war as well as the harmony of peace. If any people tries to live without memories, we lose our moorings, we end up tossed this way and that, no longer really sure who we are or what our identity is.

Remembrance Sunday is a day when we can remember together both the tragedies and the glories of our history, and those millions of individual stories which make up the story of our community, and our nation. We bring our own stories and memories – some of conflicts many years ago, some of the conflicts still being fought today. We remember them together, because it is only by doing so that we are able to make some sort of sense out of the suffering of war.

So today we remember those who have died in war: particularly those who fought, but also those who were the civilian casualties, those who were too old or not old enough to have any part in conflict, the countless people whose lives were devastated by injury or bereavement. It’s a day when we remember much that might have been otherwise, that might have been happier and better. And so grief is part of what remembrance must mean.

But then alongside grief there is also respect, and honour. Respect is not the pride that glories in defeating enemies, that makes itself out to be somehow better because it is stronger. When we honour the fallen, we are not making judgements or giving a verdict but recognising something good in itself. Remembrance did not begin as a celebration of victory, but as a way for a nation to deal with the fact that 887 thousand servicemen had died – about 2% of the entire population of the country.

Today we share a proper respect for those who have gone before us and have done what had to be done, even at the risk of their own lives. When we are uncertain about whether we have the strength to live for our deepest beliefs and values, it is right to take inspiration from those who were ordinary people like us, but yet found the strength to do the job they were given even in the face of death. Whether they were infantrymen or pilots, or seamen, fire fighters or stretcher bearers; whether they carried arms or healed the wounded, it is right to respect and honour those who did the thing their conscience told them was right, even if it led them to risk and lose their lives.

Psalm 46 was written out of the experience of war. The writer is experiencing a tumult which is almost like the end of the world: and war can be that much of a catastrophe. But beyond the uproar of the nations and more powerful than the worst catastrophe, the writer has faith in God. For him, and for all those who believe, God is the one who can bring peace and give strength in the midst of the greatest turmoil, because it is God who will also bring peace at last to the whole earth. God is not weak; in this psalm he is portrayed as defeating the forces of war, making peace through his own victory.

When we also attempt to make peace – and even when it is necessary to use the controlled violence of war in order to oppose even worse – we can hope that we are motivated by a desire, not to put ourselves in the place of God, but to make the peace in which we will see that we share a common humanity and a common creator, and that war should have no place in our relationships between nation and nation.

So in our remembering today, with grief, with respect and with honour, we also look forward in hope to the promise of peace and justice which is our common aim, and which is made possible for us today by those who went before us.

Error: Twitter did not respond. Please wait a few minutes and refresh this page.